The NNEPRA Board met at the University of Southern Maine in Portland. The well-attended meeting heard reports on the Downeaster's performance numbers and further details on the proposed Coastal Connection.

Representatives from the MidCoast were present to add their support for the proposed summer weekend service expansion.

The first six months of NNEPRA's fiscal year delivered record-breaking numbers or as Executive Director Patricia Quinn put it, "It was a good story - the best ever!" 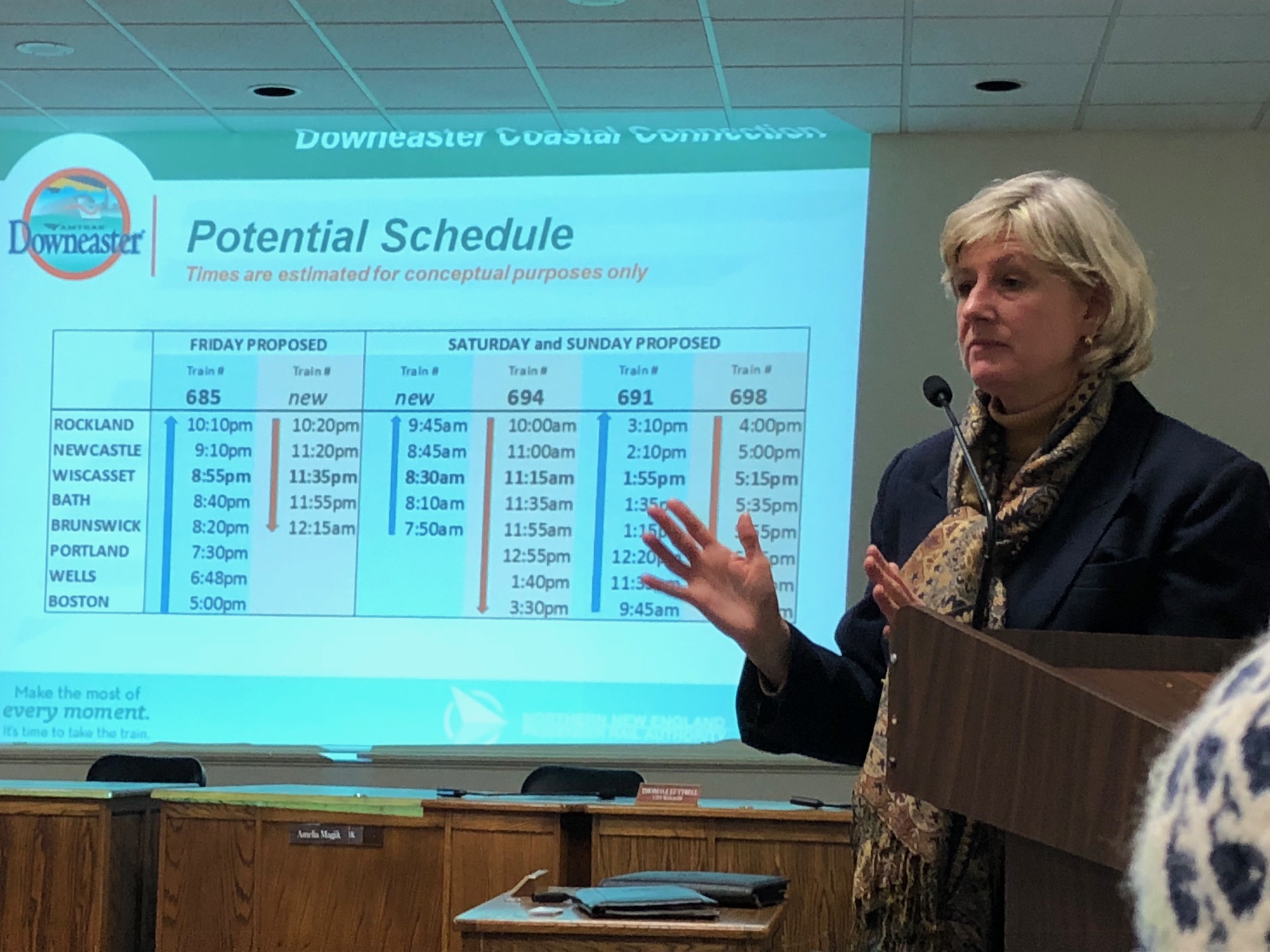 Ms. Quinn regularly updates our membership on the Downeaster 'numbers.' They were impressive and her presentation can be seen here.

In this year's video, the city manager of Bath, town managers of Wiscasset, Newcastle, Damariscotta and the executive director of Rockland Main Street spoke of what the proposed seasonal weekend service from Brunswick to Rockland would mean to their communities and the travelers on board the Downeaster.

Adjournment was at 3:30 pm. Many of those in attendance then boarded the Downeaster (on us) for a trip to Freeport to see L.L. Bean's spectacular Christmas display and program. Afterwards, they took the 5:25 pm in Freeport and continued on to points south. It was a train-friendly event. 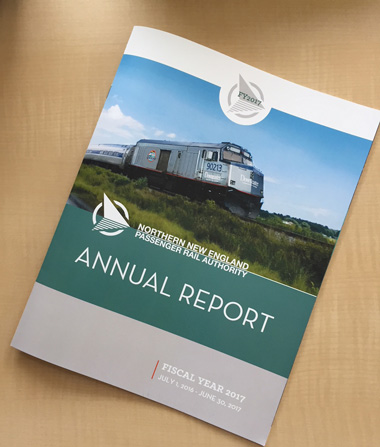 The NNEPRA Board held their regular monthly meeting today with Executive Director Patricia Quinn reporting results for July and August.

The Downeaster had its two highest months of ridership in its 15-year history in July and August
of 2017.
Ridership in July 2017 of 57,652 was **12%** above July 2016 (51,402) and **15%** above NNEPRA's budget target.
Ridership in August 2017 of 57,306 was **7%** above August 2016 (53,627) and **5%** above NNEPRAs budget target.
NNEPRA had their first ever "million dollar month"(s) for revenue in both July ($1,042,712) and August ($1,052,422).
Customer satisfaction remained very high at 90% with the Downeaster conductors scoring five points on average (93%) ahead of their fellow Amtrak peers (88%) for friendliness and helpfulness.
Even more impressive, likely the result of a schedule change allowing for improved fan ridership to the Red Sox on late game nights, the Downeaster cafe car recovered 97%+ of its costs. A phenomenal double-digit improvement over previous performance which had averaged about 80% for many years prior.
The outstanding performance for the first two months of the fiscal year thus far means that the overall cost recovery for the entire Downeaster service year to date is 67%.
The Board was extremely pleased with the results and looking forward to hearing the report for September at its next regular meeting. At the time of the meeting, September was looking "very strong".
George O'Keefe, TrainRiders/NE Executive Director