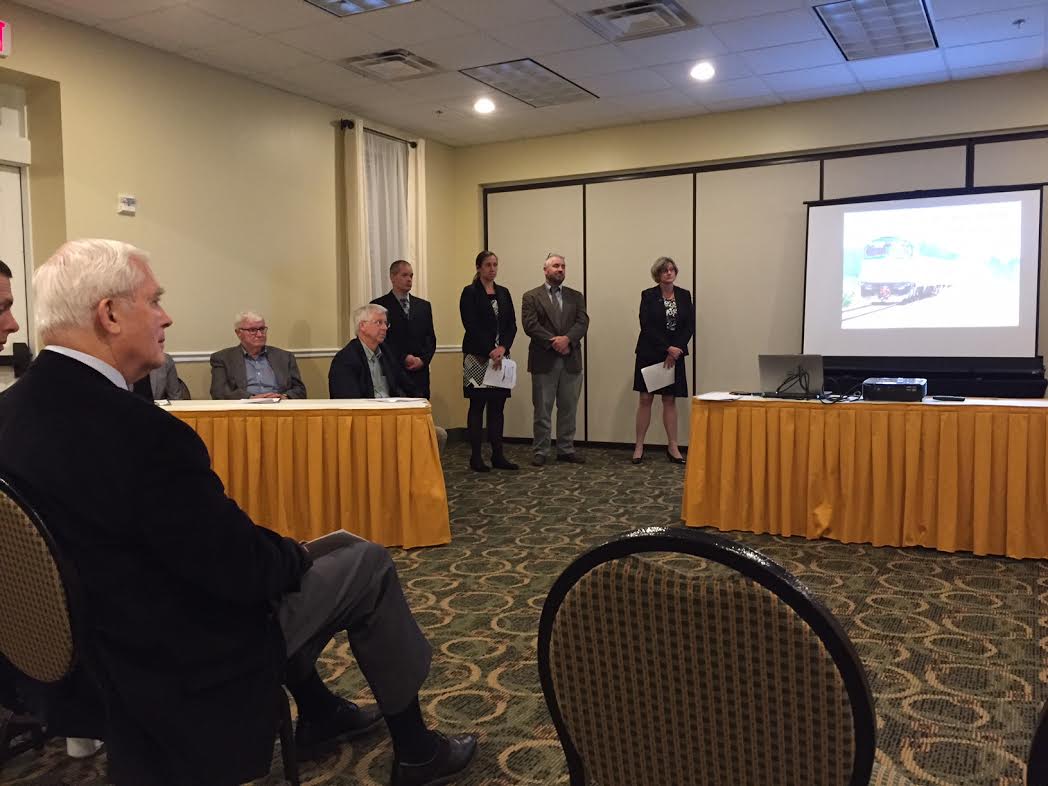 Much of the second quarter of FY2017 will suffer due to the current service disruption as some 15,000 ties are being replaced on the PanAm section of the line between Wells and Portland. This work is scheduled to end on November 21st when the third round trip from Brunswick to Boston will begin. This schedule improvement is due primarily to the Brunswick Layover Facility, which will go 'on line' next month.

Video of a trainset entering the BLF was scheduled to be shown at the meeting - produced by Maine HDTV in cooperation with Consigli Construction, NNEPRA and Amtrak. You can view it here.