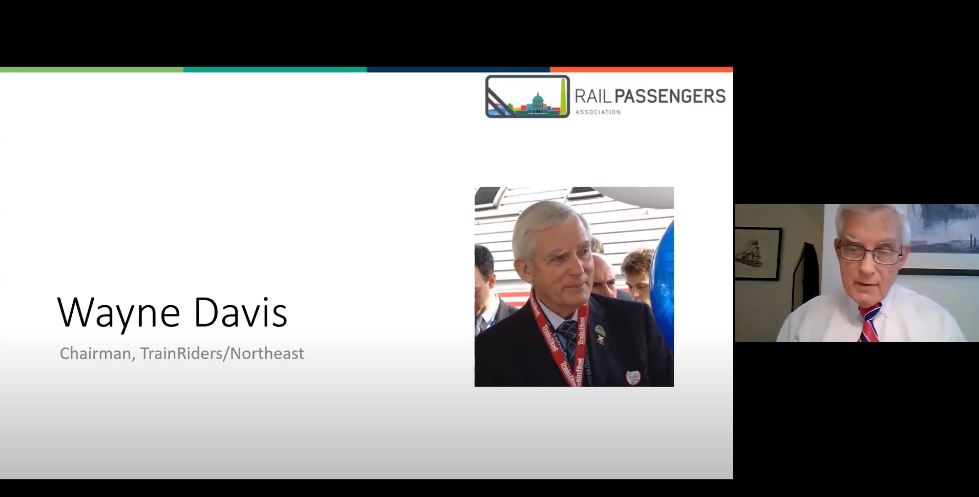 The Rail Passengers Association, formerly the National Association of Railroad Passengers, held a webinar this week for its members. The topic was state-sponsored Amtrak service.

Chairman Wayne Davis of TrainRiders/NE was one of several presenters who shared not only the projects they were focused on but, in Wayne's case, how an effective grassroots effort galvanized a state legislature to push for the return of Amtrak service to Maine. The Downeaster service from Maine through New Hampshire to Boston was the result. Wayne shared the video we shot on board the Downeaster during the pandemic, demonstrating the safety measures in place and discovering the various reasons passengers were traveling.

You can view Wayne's remarks beginning at 8:46 into the video. Later, he returned to share with the group advice that then Gov. Angus King provided which led to the creation of the Northern New England Passenger Rail Authority.